Our 1st Welcoming of the Whales festival in 2017 inspired the beginning of The Southern African Humpback Whale Migration Route and festivals see below.

The route is under the auspices of the World Cetacean Alliance https://worldcetaceanalliance.org/

They are the largest organisation in the world who look after the welfare of whales and dolphins. The organisers are busy linking it to the WCA Whale Heritage Sites Project and urge larger organisations to join. Last year was supposed to be the launch of the Southern Hemisphere Humpback Route but were thwarted by COVID-19. With Australia, New Zealand, Tonga, Brazil, Argentina and Chile on the cards. See the logo – the idea being to link up the whole Southern Hemisphere and stand together on any threats facing cetaceans (like the resumption of whaling, ship strikes or marine plastic pollution).

“And then there were two!

On Friday morning (12th February) we awoke to messages informing us of a beached elephant seal on Garvies Beach which is on the Bluff in Durban. Our first thoughts were bewilderment at the arrival of yet another Antarctic seal visitor so close to Ragnar’s arrival.

Then to more practical thoughts as to how to relocate a 130 kilogram seal from Garvies Beach to uShaka Sea World. Members of the Metro Search & Rescue, SAPS Search and Rescue, NSRI and Ethekwini lifeguards once again came to the rescue and transported the seal to us.

His arrival caused quite a dilemma as all the available rehabilitation pools were already occupied and we were uncertain whether he would be able to peacefully share Ragnar’s enclosure. He was visually examined in his transport crate and then left to rest and recover whilst the seal and animal health teams set about researching Antarctic seal behaviour. It was clearly evident that he had sustained an injury to the lower jaw which we hoped was merely a superficial laceration.

When he looked at the team with his big dark pleading eyes, it seemed appropriate to call him Dobby after the house elf in Harry Potter.

Over the weekend, upon learning from seal expert, Dr Greg Hofmeyer that it would be in order to place the two Antarctic seals together, we introduced Dobby to Ragnar. It was Ragnar who seemed genuinely pleased at the arrival of a companion. Dobby merely rested on the side of the pool, opened and closed his big eyes and seemed oblivious to Ragnar’s numerous snuggling attempts.

They were later seen swimming in the pool together and we knew that all would be well.

Dobby will have to remain in our care until he has completed his moult (which can last up to four weeks). Elephant seals don’t usually feed or swim whilst they are moulting and spend the month lying around on the islands sleeping. Dobby spends his days doing just that, sleeping.

Being true seals both Dobby and Ragnar have signature big dark eyes and snotty noses and it’s easy to understand how easily they have crept into the hearts of everyone who played, or is currently playing, a role their rescue and rehabilitation.
We will keep you updated on their progress.”

Please follow Saambr social media pages for all the updates on Dobby.

Thank you Alison from Durban Walking Tours for the feedback and photos.

Today a group of us joined the Sodurba CTO on a very extensive talk and tour led by David Asgeir-Nielsen from Sodurba.

Started in 1907 by the Norwegians. The Bluff whale station was the biggest land based factory in the world. Whaling came to an end in Durban in 1975.

I was interested to hear today that in 1949 Abraham Larsen was the third richest man in South Africa at that time – indicating what a lucrative business whaling was. The Union Whaling Company was formed in 1920 by Jacob Egeland and Abraham Larsen. This company lasted until the end of the era. Premier Whaling Company was the other whaling company in the port at that time.

Support local and come down to the Bluff Golf Course for a day of family filled fun! Lots of fun for the kiddies and your last minute Christmas Shopping. Further information please contact Pam on the number below.

To read more click on the link below:
https://www.worldtravelawards.com/award-africas-leading-city-destination-2020

Sponsor a hole & promote your company. All funds go to the running of the rugby team in the 2021 season.

Sodurba, with our partners Durban Tourism celebrated Heritage Day this year with a guided tour with Andre the Nature Guide through Kenneth Stainbank in Yellowwood Park.

On route we admired another Heritage Site the Nelson Mandela Stone in Wentworth in commemoration of former president Nelson Mandela’s willingness to engage with the Wentworth community in 1995, a garden representing Mandela’s compassion was established in Quality street, Wentworth. A stone symbolizing community strength was erected by SDCEA in this garden. Mandela’s humility inspired our South Durban community to continue the struggle against polluters and all forms of injustice, be it from government or local business.

This scenic but informative tour ended at Kenneth Stainbank where André Steenkamp did a short 1 hour walk through this hidden gem. Our guests ended with a lovely picnic parcel and fresh brewed coffee from Zebru Coffee Company, we all even attempted the Jeruselma Challenge!

Thank you to everyone that made this iconic day such a huge success!

At the age of 58 I have taken the leap and followed my heart and passion; from 1 April 2020 I will be a full-time tour guide – available 7 days a week to take you exploring in Durban!  After 10 years of working in the tax department of Moore Durban, this is a BIG change that I am so excited about!

The decision came from all the enquiries and bookings I have received for walking tours from Corporates, schools, teachers, photo clubs, friends, family and networking.  Long may this passion of mine continue and I thank you all for being part of this journey! 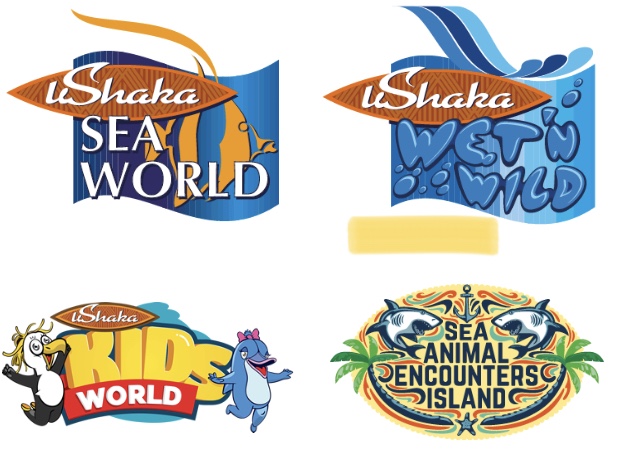 uShaka is situated on Durban’s Golden Mile, in South Africa. We bring together cultures, like no other place in Africa – into a safe, secure and clean environment that resonates the sound of fun, laughter and the spirit of togetherness.

Destiny is our 2nd Public Art Piece, from the Welcoming of the Whales Festival.

The piece is 3m long and was designed by Umcebo Design.

Her armature was constructed by Fabricon Holdings with additional sponsorship from CMH Kempster Ford South, as our two anchor sponsors.

Educational initiatives and art projects, the creation of Destiny Island are to promote conservation as well as being an attraction along the Whale Heritage Route.

“We built the piece with the students at Eden College using a design by Mike McFadyean and are so pleased to see Sodurba and Fabricon installing it so beautifully. An example of effective creative waste management said Robin Opperman.”

The piece is very important as it not only showcases public art and recycling, but it educates the public on the importance of whales in our ecosystem and global ecology.

We would like to take this opportunity to thank all our sponsors and have placed a board acknowledging their assistance, at “her” island, Destiny Island, on the corner of Grays Inn and Marine Drive, Bluff.

We would also like to mention a thank you to Toyota Boshoku South Africa for the beautiful landscaping that they completed and St. Margaret’s Church Bluff for adopting the spot, which they will maintain and look after Destiny island.

“Destiny Island is a very important part of our Whale Heritage Route which starts at the Maritime Museum and ends at the View Points which have been established along our KZN Whale Coast.